A strange review for a strange anime.

In case you couldn’t tell from the title, this is a review of “Kino’s Journey” or you can call it “Kino no Tabi” if you must. The main story of Kino’s Journey isn’t really important, nor is it very prominent anyways so let us get this section over with quickly ; a girl on a bike goes places because. Moving on. 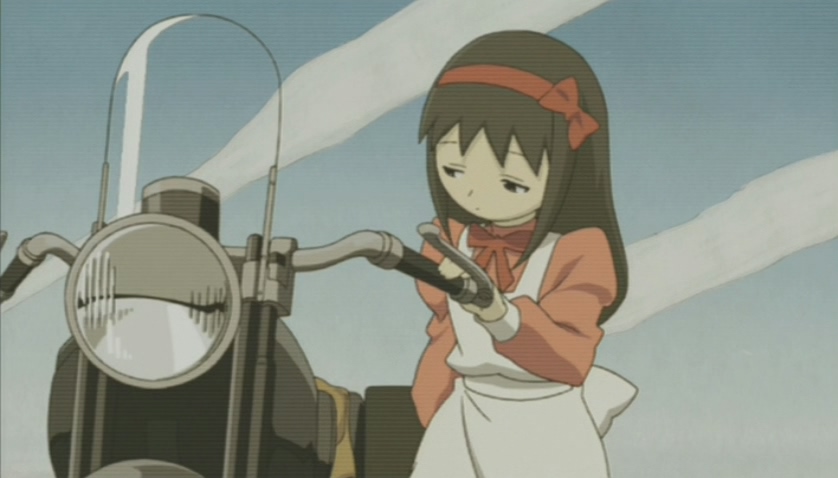 Baby Kino deciding if she wants to travel the world on a sexy motorcycle for the rest of her life.

Motorrads don’t want you to know this, but let me tell you this one easy trick that will improve your Kino. The truth is, you actually have the option of taking two different Kinos along with you on this journey. Option 1: Japanese Kino. Japanese Kino is a very plain and reserved girl, she’s a badass when she needs to be, but even while doing badass things, she’s kind of flippant about it. Being that Kino isn’t a strong old man, this flippant attitude may leave you mildly dissatisfied with her as a character. Don’t worry though, we have option 2: English dubbed Kino. English Kino trades her soul for the sake of ultimate sass. I watched the first half of the anime with Japanese Kino, and the second half with English Kino. I prefer the queen of sass, but I accept the fact that my opinions are now and forever objectively incorrect for watching an English dub.

This all being said, Kino’s Journey’s English dubs do have the occasional moments where you wonder if the English staff are just fucking around, trying to make le silly jokes at Kino’s expense. For this reason, I wouldn’t actually recommend switching to them unless you’re watching Kino as part of some sort of anime watching challenge and need a bit of stupid to help get through it.

There are only two characters in Kino’s Journey that matter; Kino herself, and Hermes, her motorcycle. Despite only having two characters and 13 episodes, the anime doesn’t really put a lot of focus on either of them. The focus isn’t zero, but they really don’t feel important to the overall story. It kind of felt like the writer wouldn’t be super upset about killing them off at any point in time. That being said, I think Kino’s character is a very important part of the picture this anime paints and she does a great job playing her role. Kino travels (for reasons previously explained: because) to various places full of what can only be described with modern words as twittertards. 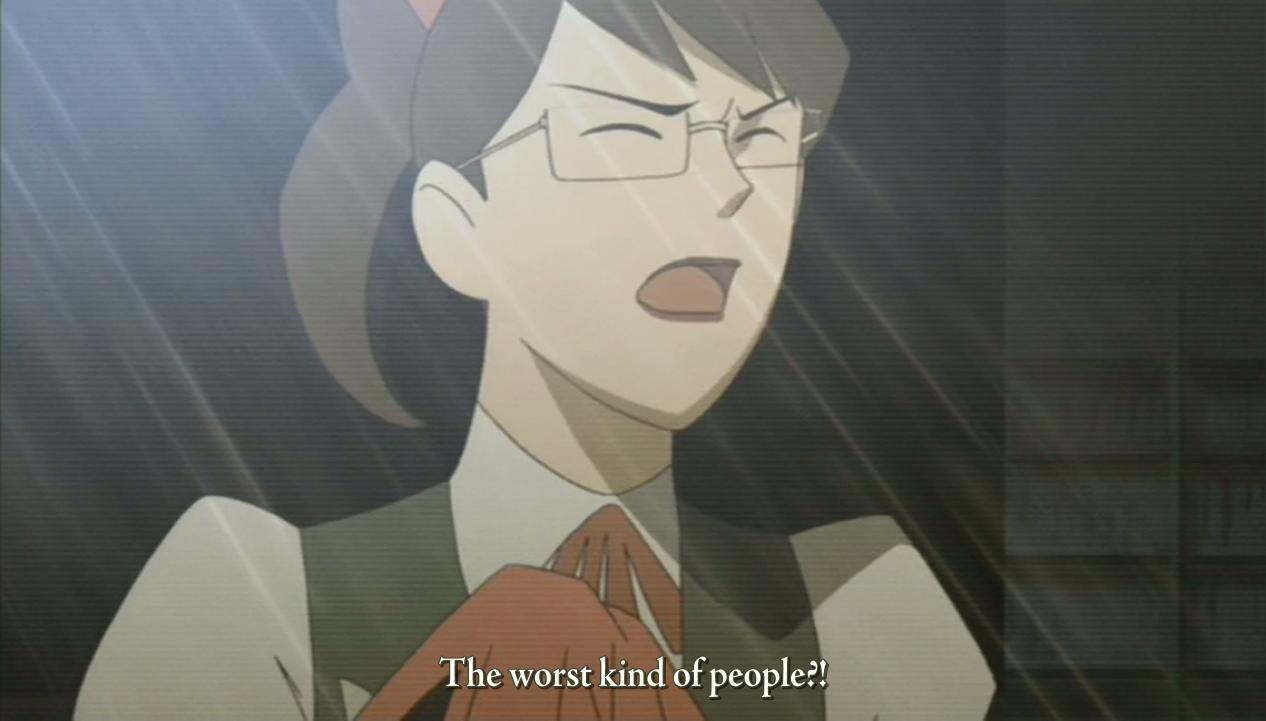 The reason why I feel it’s so important to follow Kino on these journeys and not someone else is due to the fact that she is one of the last remaining moderately logical people on the planet. Kino is, for the most part, unfazed by most of the craziness she encounters. Kino’s interaction with the world is what really drives the idea that something super weird is happening in the world and it has been going on for long enough that even relatively sane people now consider it to be normal.

As for Hermes, he’s just there so Kino doesn’t have to talk to herself. In fact, I’m still not 100% certain that Kino isn’t just talking to herself. She might not be as sane as she leads us on to believe.

I thought the first four or so episodes were fantastic, but things really begin to stagnate from there. Kino’s Journey actually does a really good job at making the world feel weird, and I enjoyed this aspect of it a lot. What I didn’t like was the attempt at deep intellectual insight. It plays around a bit with some common psychological and political topics which might be pretty enjoyable if you’re the type of person who likes that kind of thing. I’m not that type of person. I’m the type of person that will switch you into a bad English dub when you start talking about religion. The topics themselves honestly weren’t very refined in the first place and some of it just ends with a classic “it’s up to your interpretation” which really makes it feel like a dead-end thought that the writer had while they where high one day.

I didn’t hate what Kino’s Journey attempted to do, but it’s hard to maintain interest in the series due to the episodic format and lack of any real plot continuity. You start fresh every episode and get the feeling that you’re just passing through. There are still occasional sources of entertainment to be had such as some crazy fucks and a gentleman talking dog.

I’m rating Kino’s Journey slightly above average for some interesting episodes here and there, but I was pretty bored for a decent portion of the series.