The Promised Neverland or Yakusoku no Neverland, is a story of potato flavored children.

If The Promised Neverland were a full course meal I’d be sitting at the table with a side of lobster, a glass of champagne and a potato as the main dish. The champagne is the OP *na~nununana~nunanununa~*. The lobster being the setting that whets my appetite with a potentially horrific world full of mystery and aliens. Then we have the potato of a plot that just fills me with empty carbs and doesn’t even sit well in my stomach with the rest of what I ate. 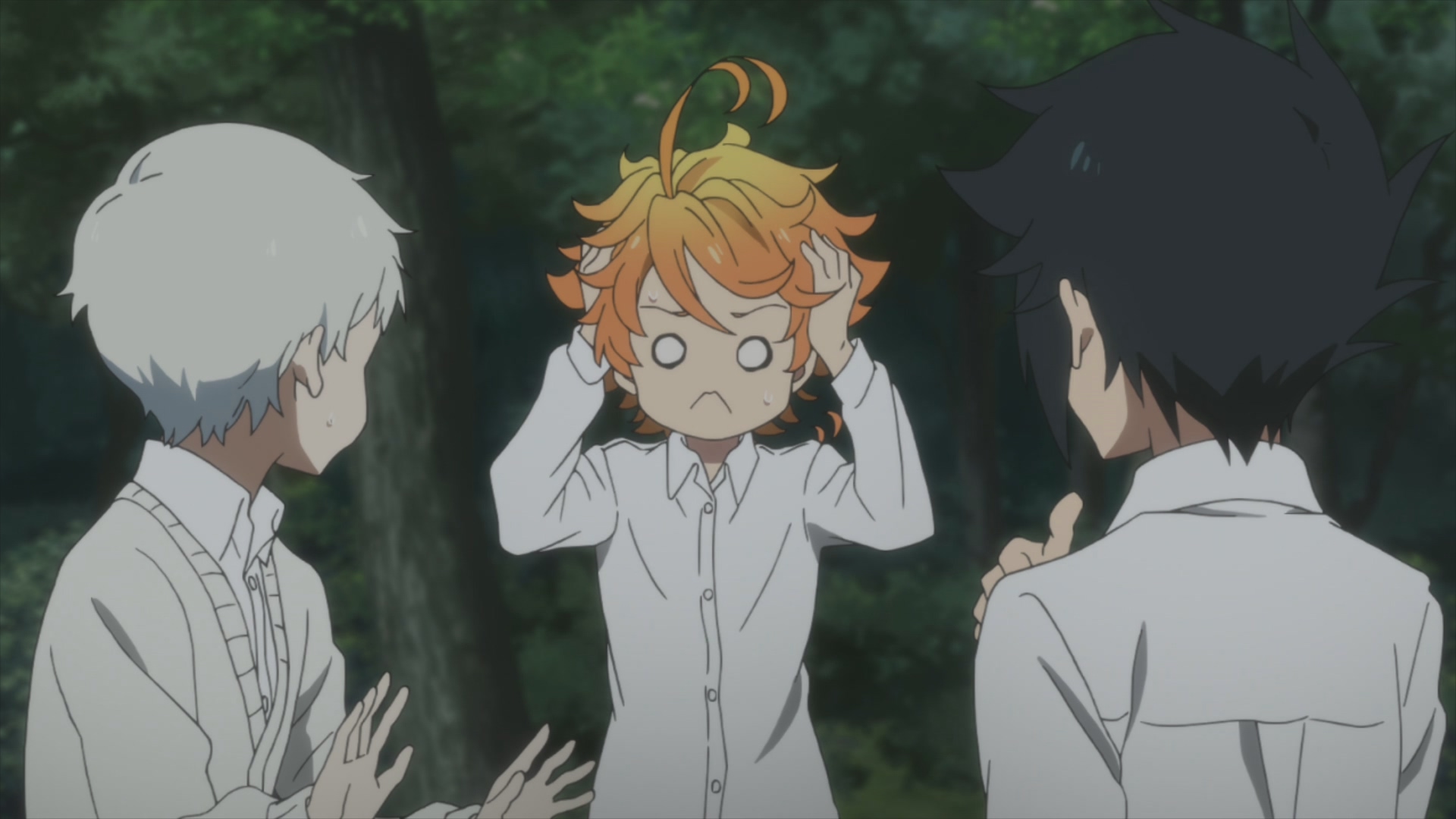 Don’t give me that look, I promise I’m going somewhere with this.

Ridiculous analogy aside, Neverland really does feel like it put too much potato in its plot. At its core, the plot consists of a “battle of the minds” style conflict that is rarely influenced by or influences the outside world. You might as well be watching Prison School. In fact, boobs and asses aside, Prison School at least had a moderate amount of suspense and danger associated with its mind battles. Neverland loses its suspense after a few episodes when you realize that our main characters are going to magically solve any problem, mystery, or discover any plot twist by the end of the very episode that it’s introduced in.

The setting itself, despite its rare appearance, is where Neverland shines. The giant wall around the child farm is just as much of a hindrance to the viewer, as it is the the kids. While for the children, it represents imprisonment and inevitable death; for the viewer, it represents a barrier between cheesy plot twists and an intriguing world. I waited the entire series to get over that fucking wall just to escape from this PG-rated version of Prison School. Every now and then, you’d get a glimpse of the outside world and it would lure me forward in the series like a muffin on a string (Ok, I wrote this review on an empty stomach.). This was just enough to keep me interested and watching, but also just enough to make me slightly irritated the entire time.

I rarely talk about OPs or EDs, and you may never see me dedicate a paragraph to them ever again. The OP of this series has the perfect amount of na~nununana~nunanununa~, animation and cinema scope to be just *ok hand*, so I had to at least mention it somewhere in this review despite it not really affecting the final score. The way the title fits over Norman’s head was also my favorite thing. 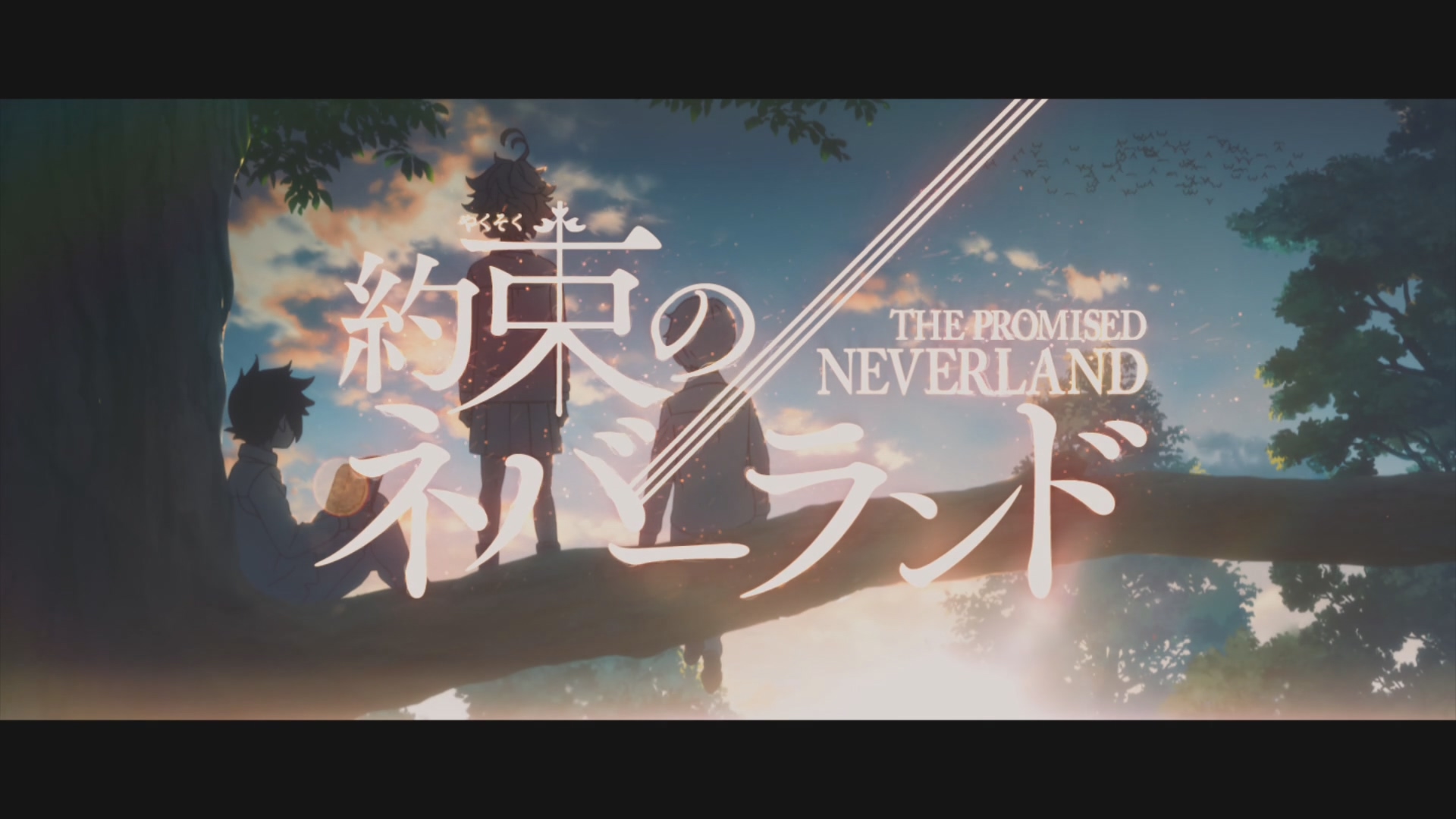 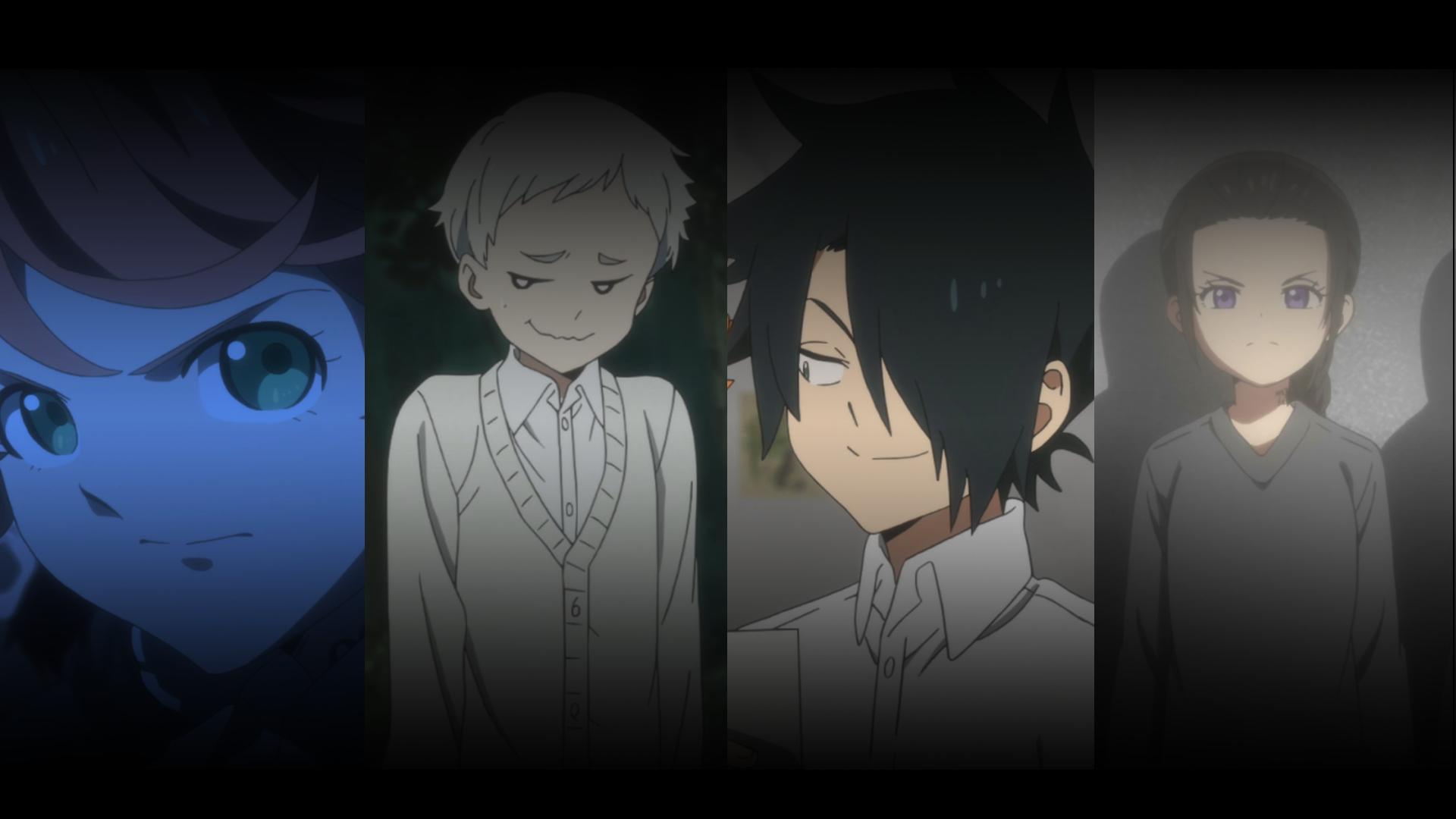 Emma aka “dangerous double ahoge” is the creepiest part of the series and my favorite character because of it. On the surface, Emma is a gumdrop of friendship and peace, and if her life remained peaceful, who knows, she may have stayed that way. 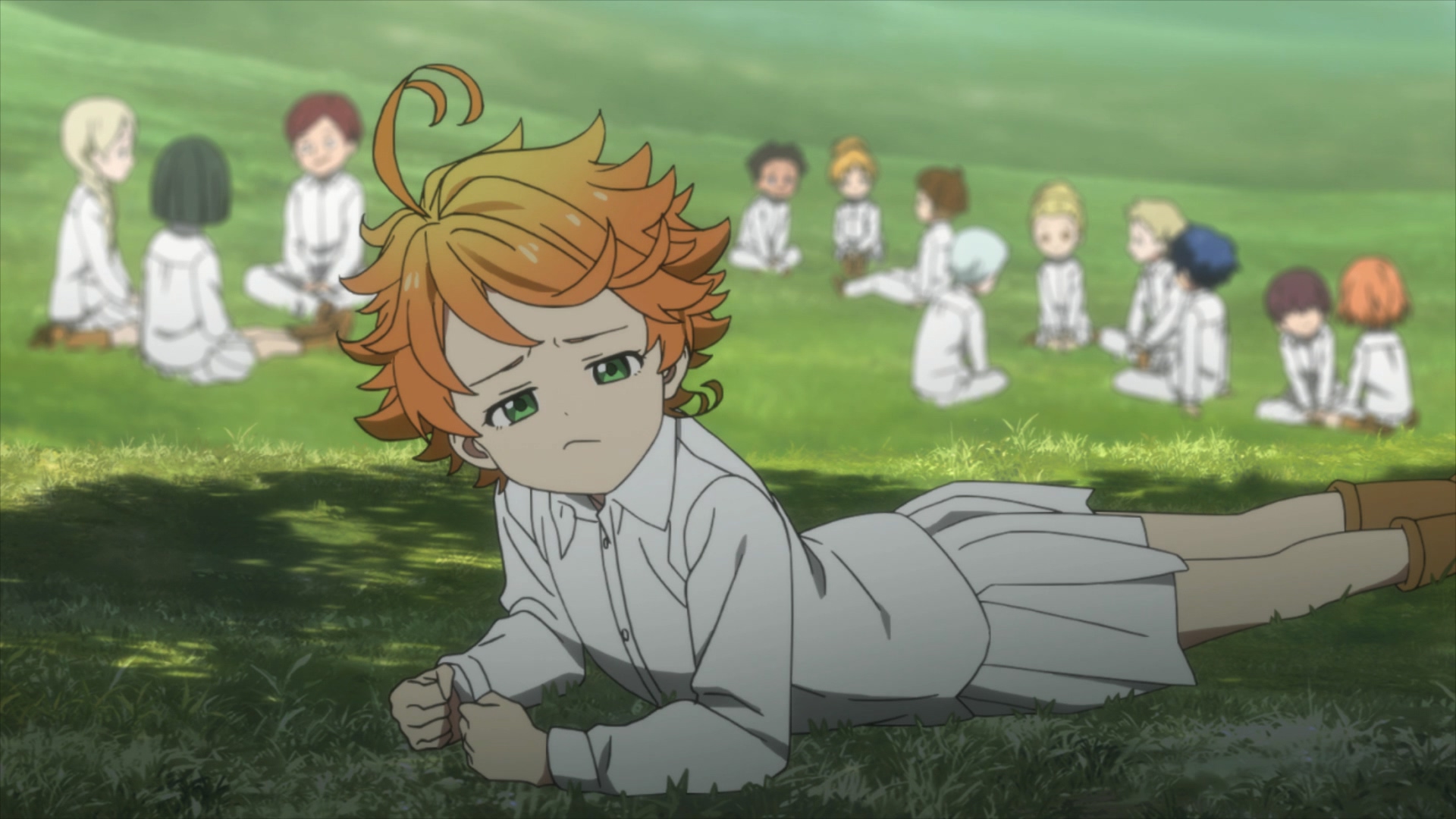 When shit goes down and it’s do or die, Emma ties her boots and gets shit done, she doesn’t accept compromise and always has a smile of innocence on her face. She does this all while somehow instilling the fear of death into your soul should you get in her way. 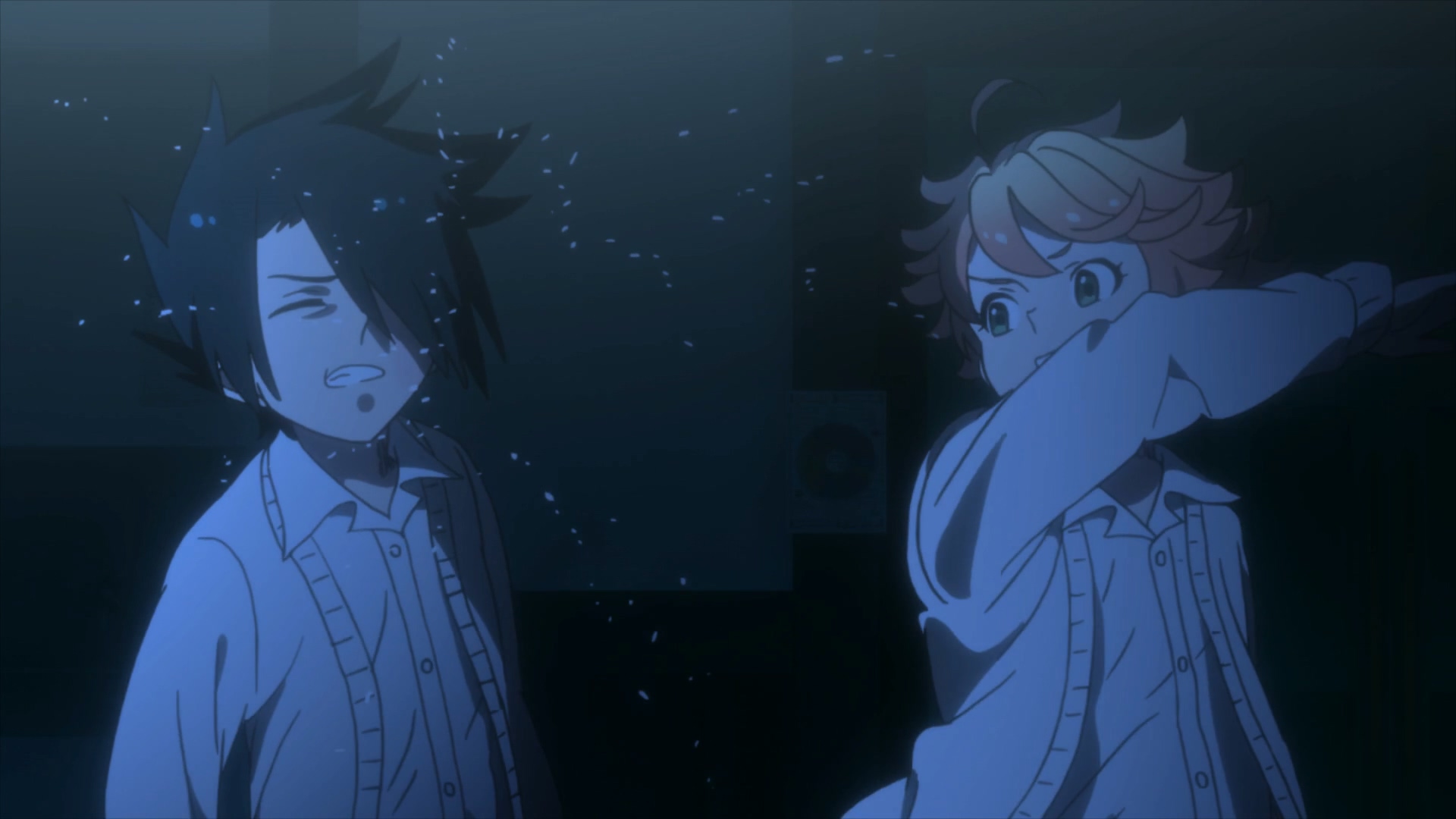 Slapping a bitch who doesn’t obey.

Emma is the “I’ll protect everyone, period.” type.

Norman pretends to be super smart but mostly just makes shit up and stops Ray from getting in Emma’s way. Norman is introduced as the smart, reasonable one, but is actually the exact opposite.

Norman’s purpose in this series is to believe in Emma and function as the “I’ll protect those I love and remain just.” type. 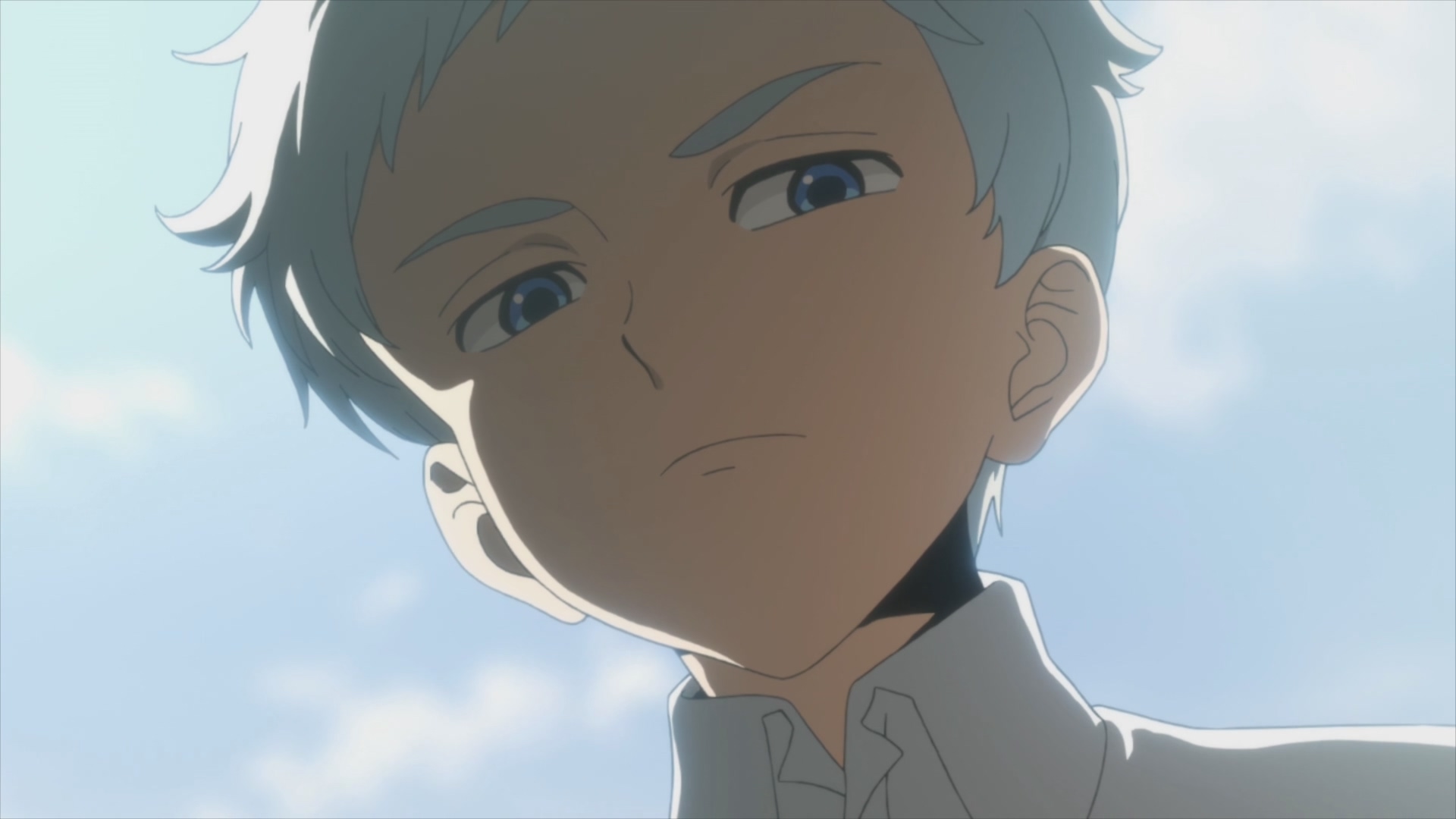 Ray is Norman’s polar opposite. He is introduced as the dumb, unreasonable emo, but as you might have guessed, is actually the exact opposite of that. Ray is the only one who stands up to Queen Emma when her plans sounds dumb AF. He is the only reason they have a chance at escape.

Ray has no faith in Emma’s bullshit plans and will pay any price to protect those he loves. 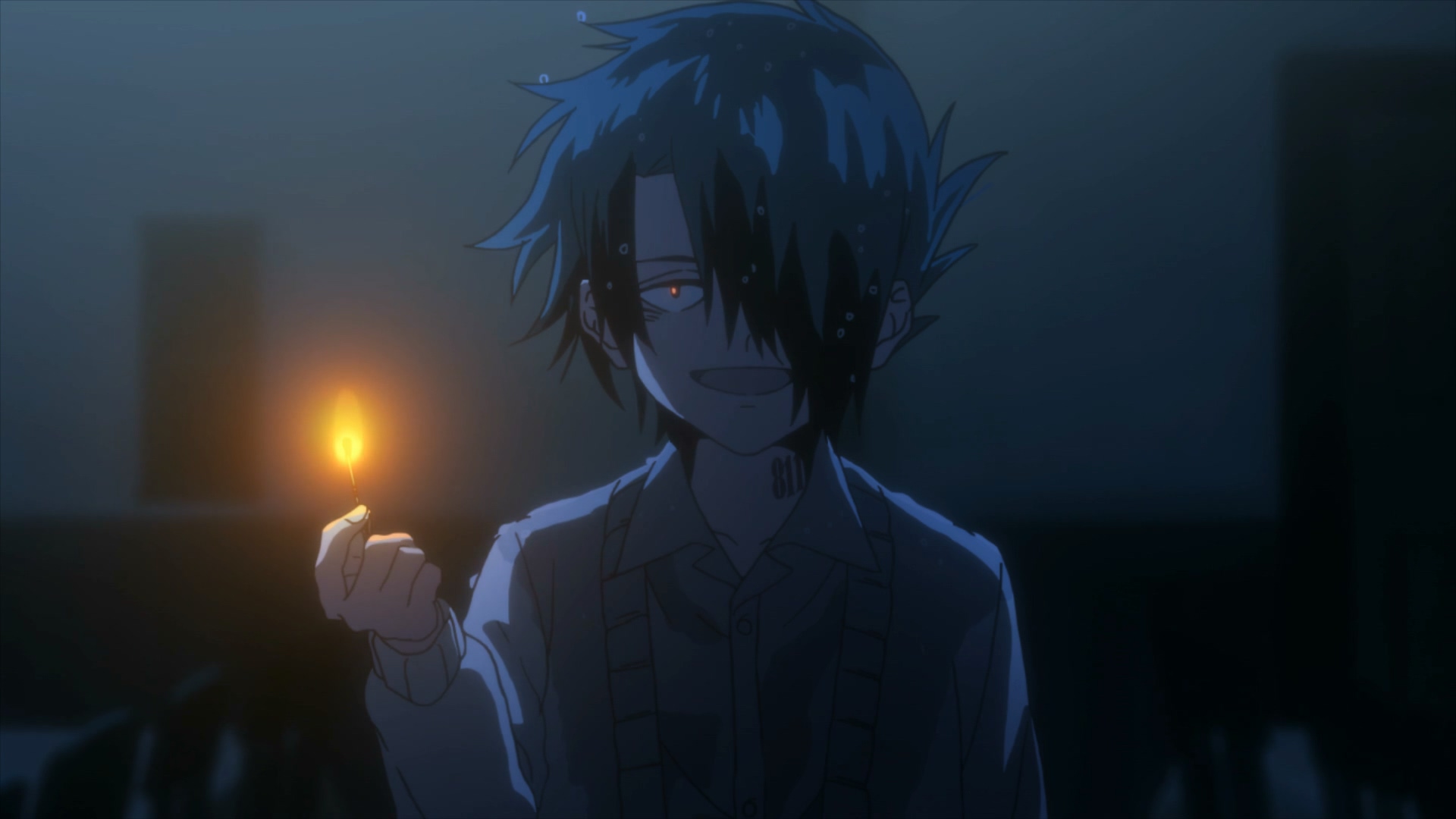 Never play with fire when you have a fringe in your eye.

Mama is our crazy mind-broken warden. She is filled with mystery and probably a huge point of focus on any Neverland theory crafting. Most of our peeks into the outside world involve Mama in some way, due to her position, past, or her own knowledge. While she rarely influences the plot outside of being the gatekeeper, her character is built so well that her very presence is enough to cause concern for anyone invested in team Emma’s escape. 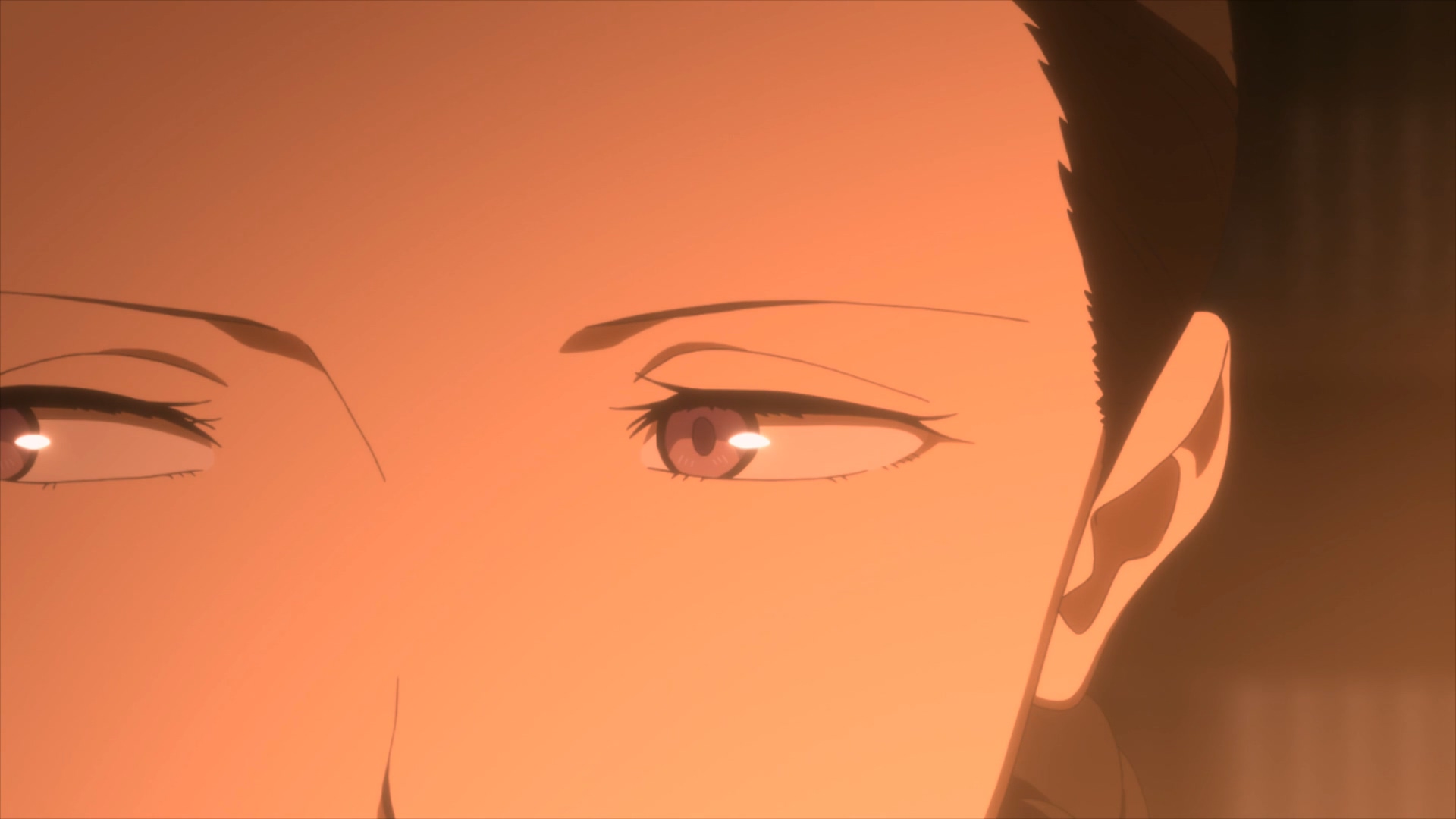 You can never know if Mama’s thinking she wants to give you a hug, or stab you in the heart with a flower and feed you to a terrifying monster from hell.

The Promised Neverland might have one of the most exciting and promising first episodes I’ve seen in a very long time, but it fails to keep any amount of momentum going forward. The wall keeps the children in the the farm, but that’s no reason to keep the viewer in there as well, there’s a limit to how mysterious you can keep something before it might as well not exist. There are so many plot twists that I should feel ashamed for not using a pretzel in my food analogy. The characters, despite how plain they are, are undeniably extremely well done and play their parts flawlessly. Unfortunately, the characters alone aren’t enough to carry this type of series.

The Promised Neverland has a few too many promises and not nearly enough neverland to be memorable in any way. A few months from now, the only thing I’ll remember from this series is the dangerous double ahoge. That being said, most of the cons of this series amount more to missed potential, rather than being actually terrible to watch. That along with the good points, makes this a decently enjoyable series, although nothing I would actively recommend to anyone. 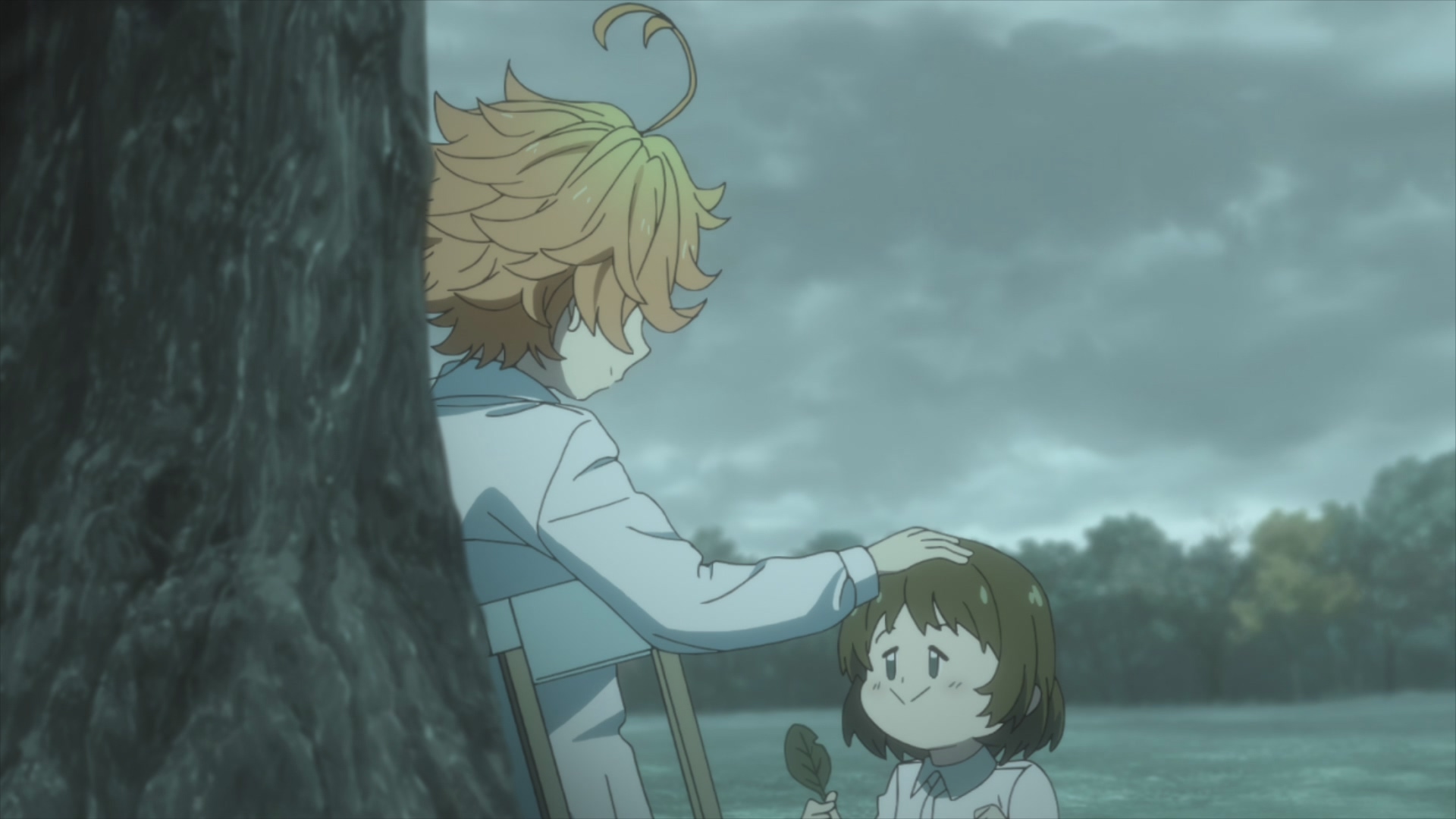 I’m sorry little leaf girl, this is where I forget everything about your world.